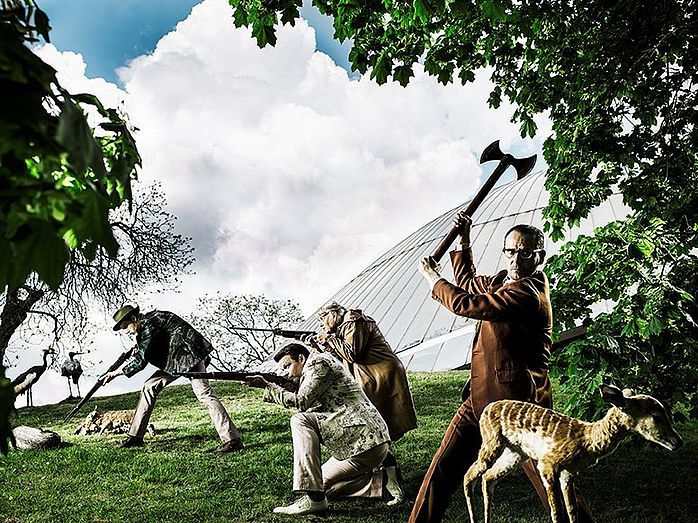 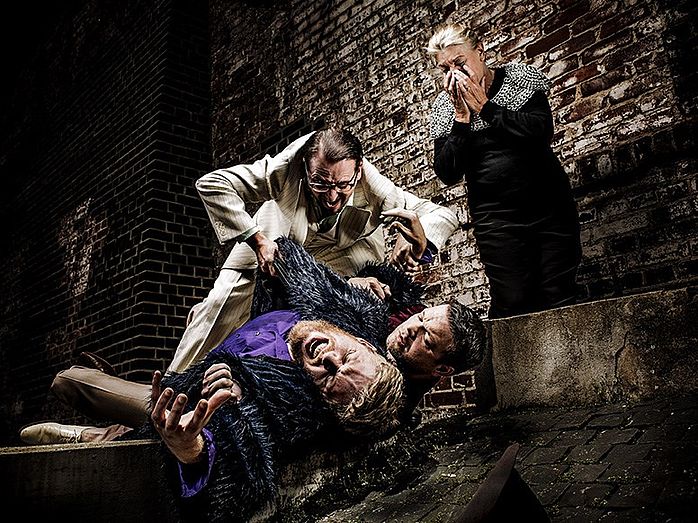 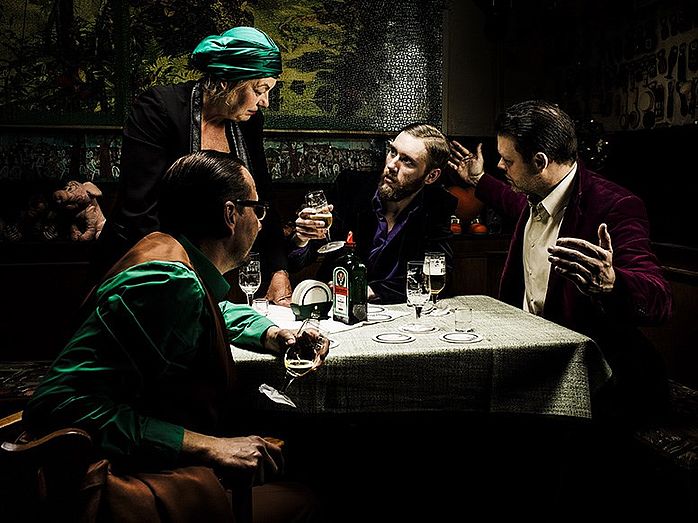 In his theoretical analysis of the state, “De re publica,” Cicero delineates seven successful survival tools for a society without money: hunting, bartering, stealing, begging, occupying, doing without and boozing.

In the spring of 2014 the ambitious design magazine Reconquer commissioned a Frankfurt fashion photographer to translate the ancient strategies iconically into the present day with unemployed Opel workers. They also engaged a film team and a Berlin theatre educator for the one-week shooting in Bochum. The educator’s task was to communicate the philosophical context and to facilitate authentic behaviour on behalf of the workers through daily improvisation exercises. As part of the regional programme “Bergbau – Autos – Kunst!” [Mining – Cars – Art!] the aim was to sustainably activate the creative potential of art to think up social alternatives.

The project failed on all levels. The shooting was prematurely cancelled, and Reconquer refused to publish it. On the initiative of the cameraman, and conceived for the former Schlecker drugstore in Bochum Goldhamme, the exhibition shows the remaining five strategies as well as a revealing making-of video of the production.
Trailer via vimeo

Commissioned by Das Detroit-Projekt, a project of Schauspielhaus Bochum and Urbane Künste Ruhr.