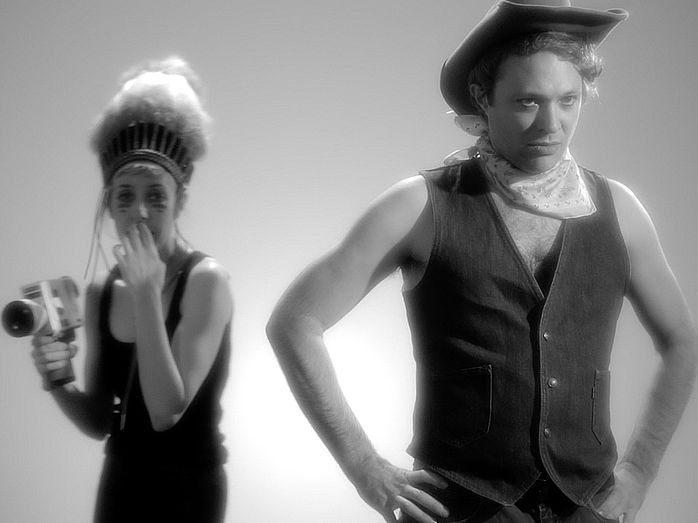 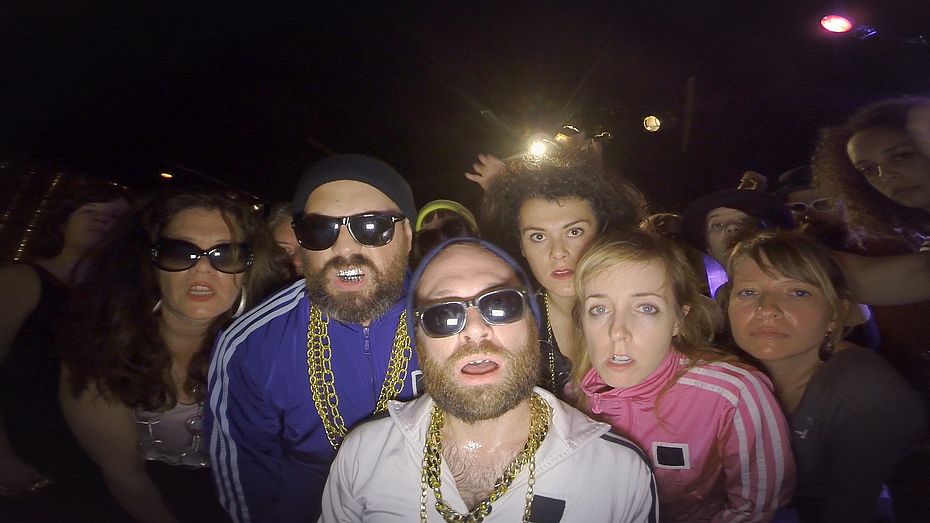 For every ticket purchased there will be a free "Oklahoma is OK" T-shirt on the night of the event–as long as supplies last!

In the summer of 2013 the Nature Theater of Oklahoma took over HAU1 and showed all the existing episodes of “Life and Times”. In this long-term project, the New York group performs a 16-hour telephone conversation with a unique mix of megalomania and absurdity. Now Kelly Copper and Pavol Liska will present Episodes 7 – 8 – 9 as three film performances, which play on various genres.

Episode 7 has to take its course: the company works within the conventions of old black-and-white Hollywood films, paying formal obeisance to Orson Welles’ film classic “Citizen Kane” as they restage the recorded life story in a completely different way – with nine actors playing the parts of more than one hundred characters. This episode also gives a newsreel-style recap of events so far. Episode 8 is a visually impressive flick in the style of an early Cinemascope colour movie shot in the area around NYC and the Hudson River Valley. Sung throughout, the film once more develops new perspectives of Kristin’s life story. The whole thing comes to an equally unusual close – with Episode 9 condensing five years in the life of the protagonist into just seventeen minutes in the style of a rap video.