The Night of the Moles

Part of the Festival “The Mole Keeps on Digging. Animals / Politics / Performance” 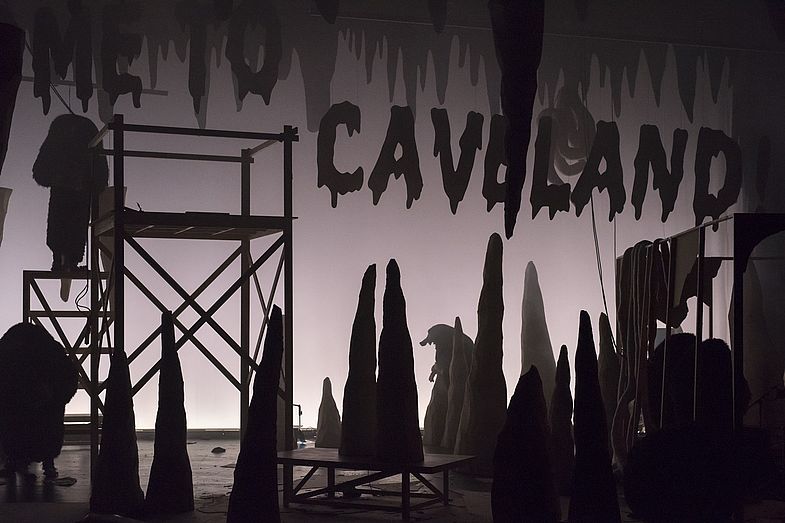 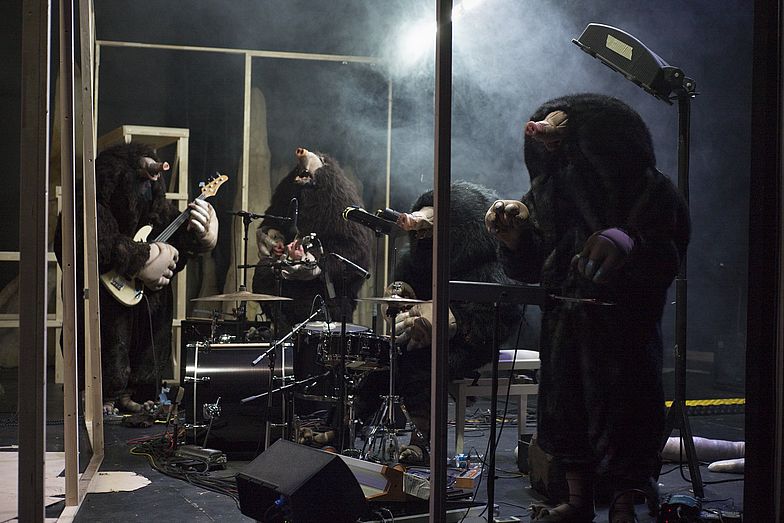 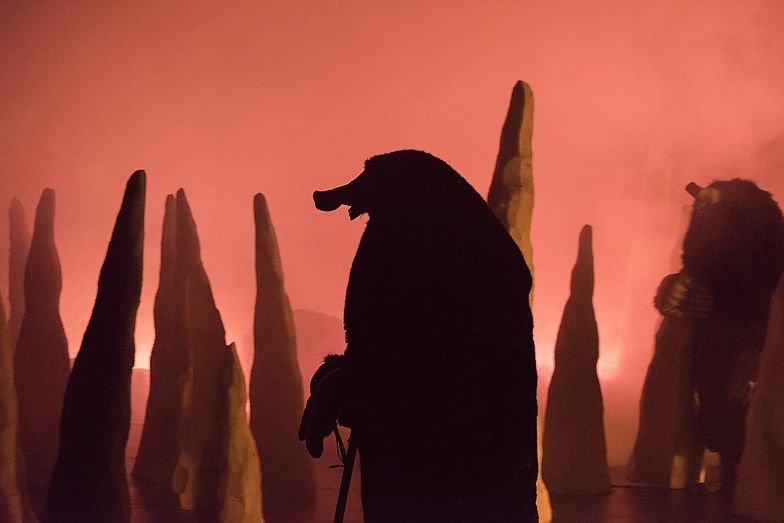 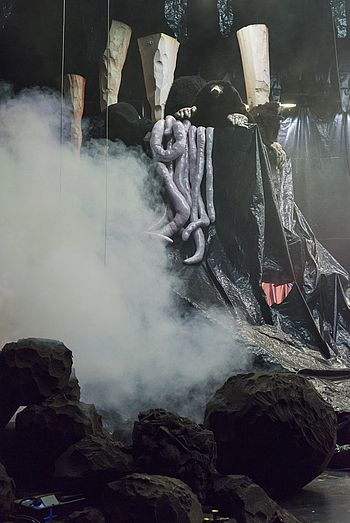 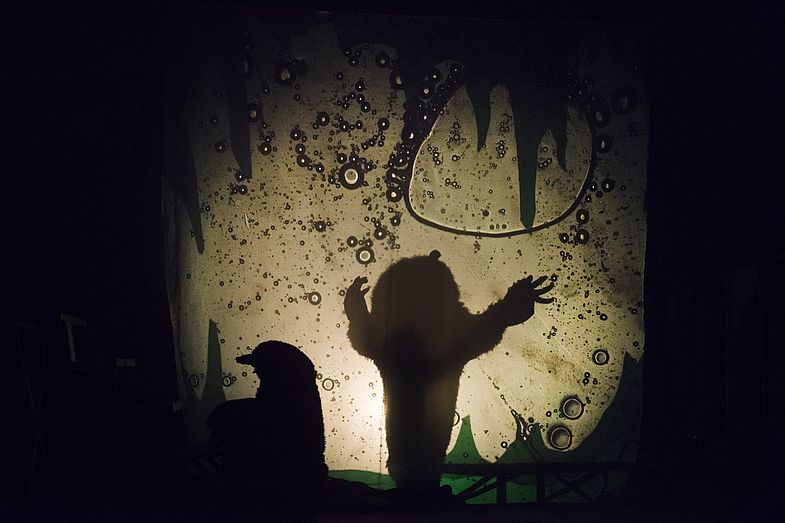 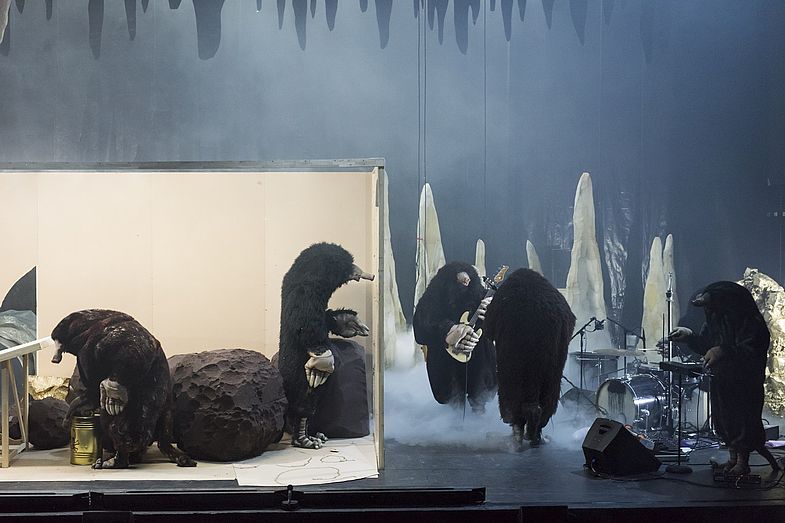 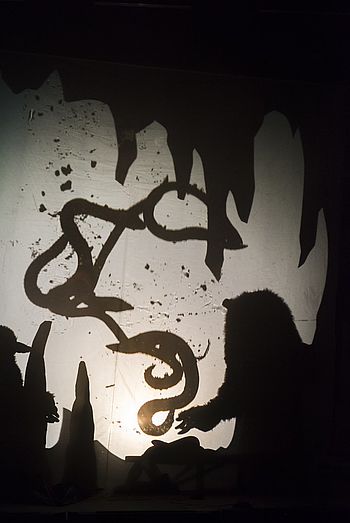 “The Night of the Moles” invites us to get in touch with a new species of moles that dwell in their subterranean retreat, waiting for their audience. Blind but persistent, the furry giants muddle through everyday life, rolling stones back and forth like successors to Sisyphus, thereby providing a visionary retrospective of human cultural revolution. Playful, greedy, congenial and sometimes fatally aggressive, they explore the more profound reasons for their existence in the underground and gradually discover an appreciation for art and the ritual. It doesn’t take long for the moles to make the entire underworld quake with the finest psychedelic sounds.

Director and set designer Philippe Quesne, a master of the magical and the bizarre and a regular guest at HAU Hebbel am Ufer, opens the gates to the underworld for both adults and, with “The Afternoon of the Moles”, also for children. On the second day of the festival the moles will leave the stage and go out on an expedition through Berlin. With penetrating curiosity they will work their way through the streets and back to HAU Hebbel am Ufer.