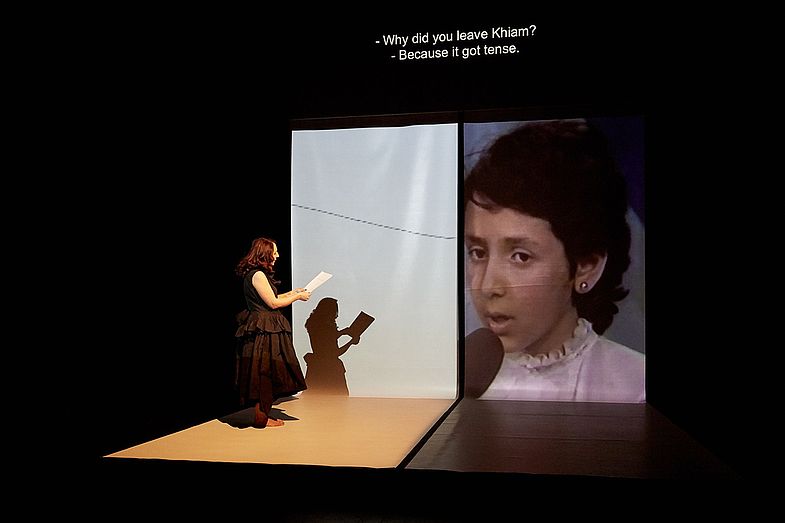 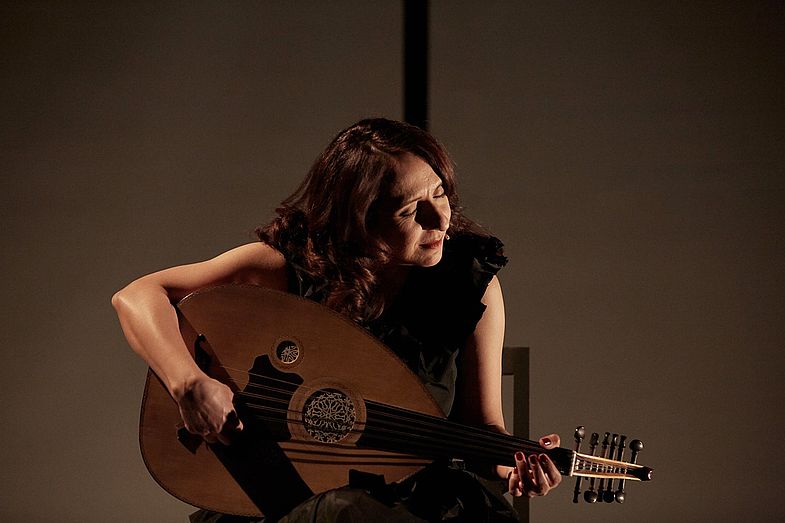 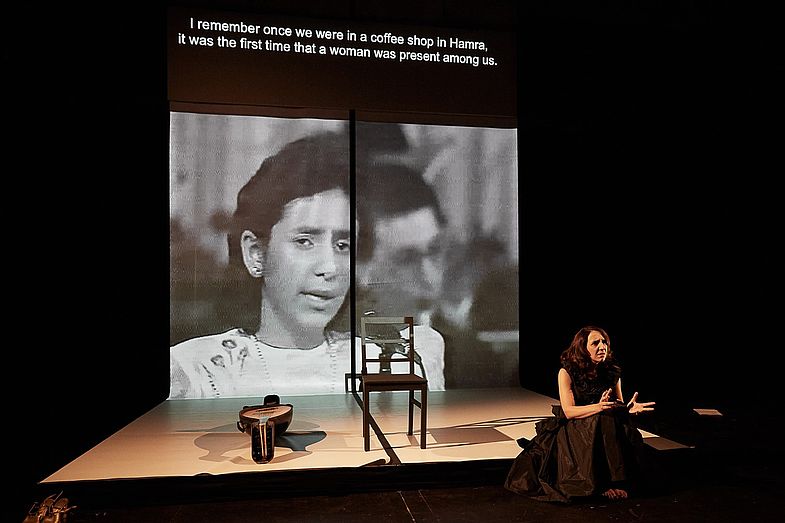 Rima Khcheich is a star, and not just in Lebanon. Born in Khiam in 1974, the singer has toured large parts of the Middle East and has performed all across Europe and the U.S. Her concerts pay tribute to the sound of Arabic folk music from the 19th and 20th century. The persona of Rima Khcheich is closely aligned with that of Rima Kamel, her alter-ego as a child star. Rabih Mroué shows that biographies are always shaped by the cultural and political contexts that they emerge from.