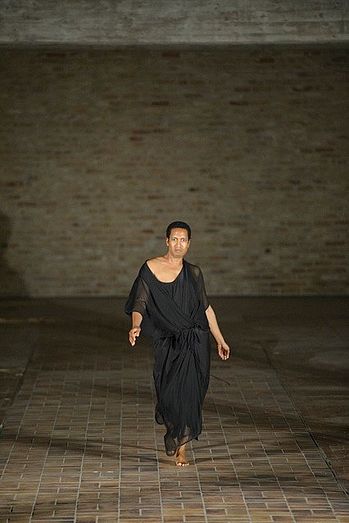 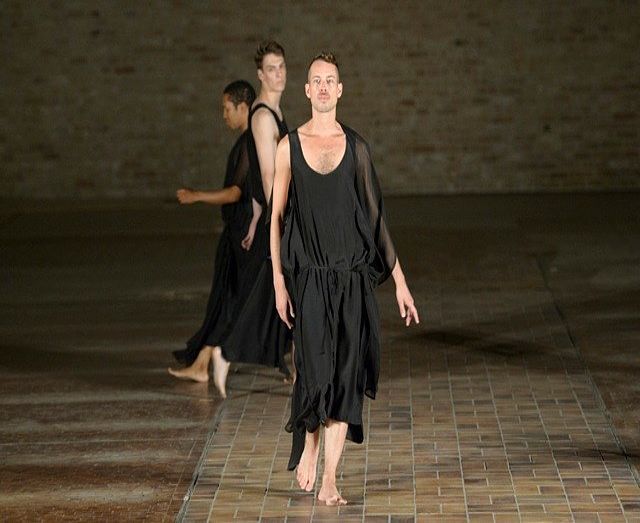 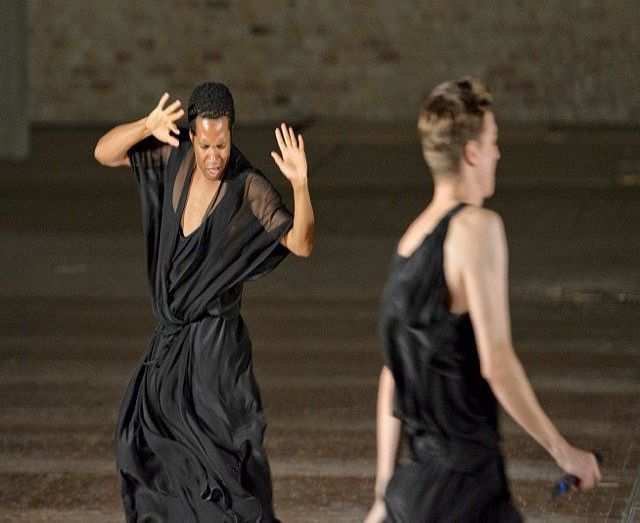 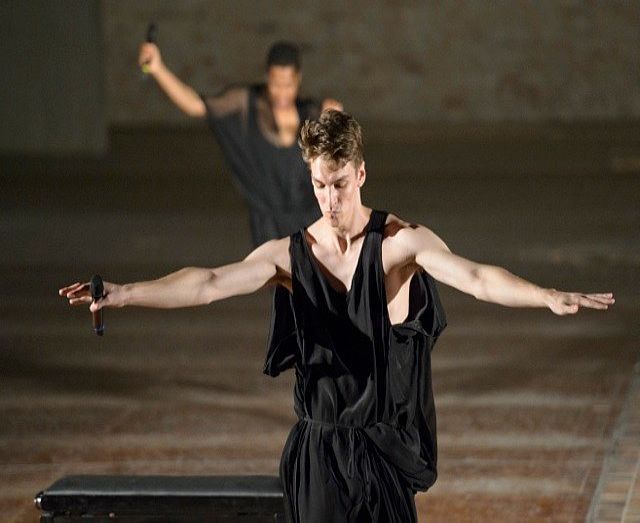 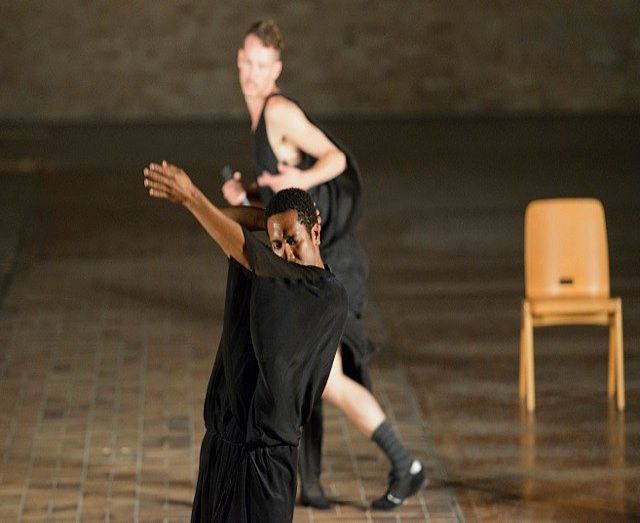 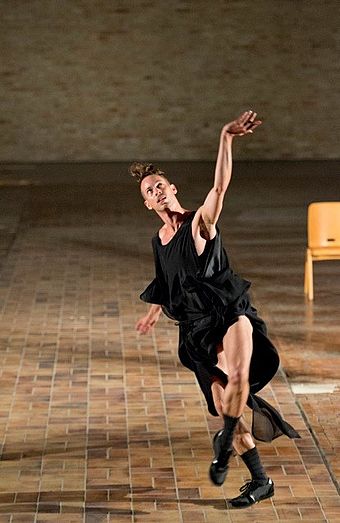 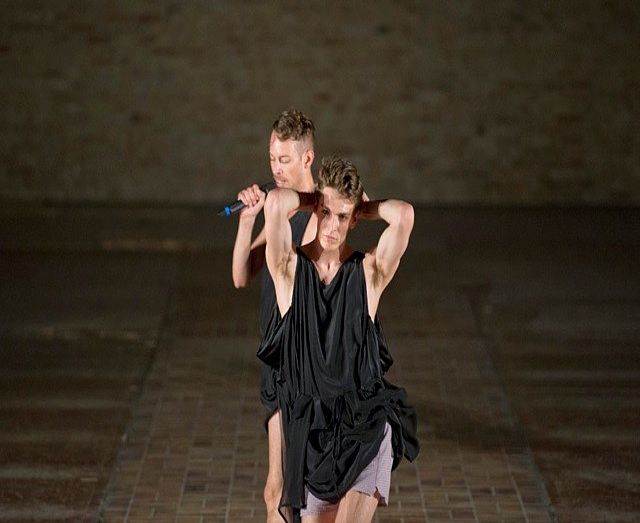 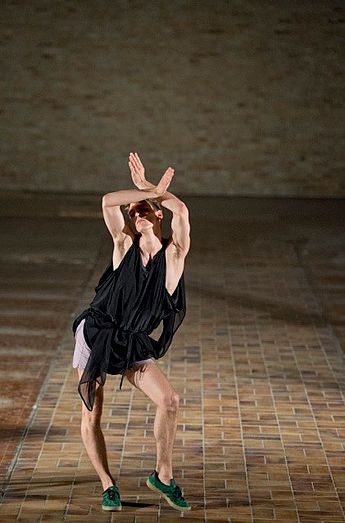 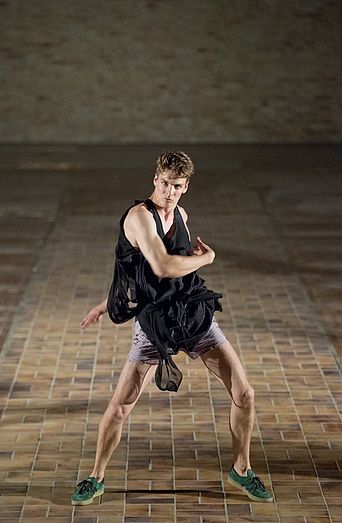 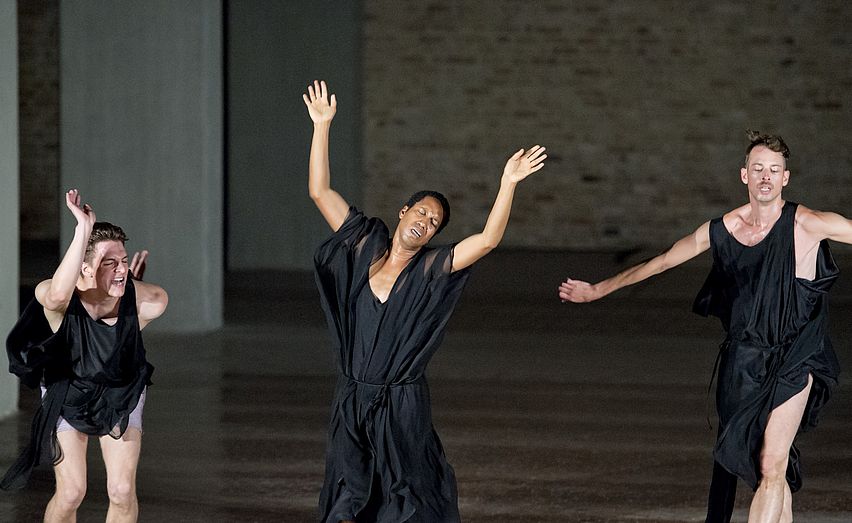 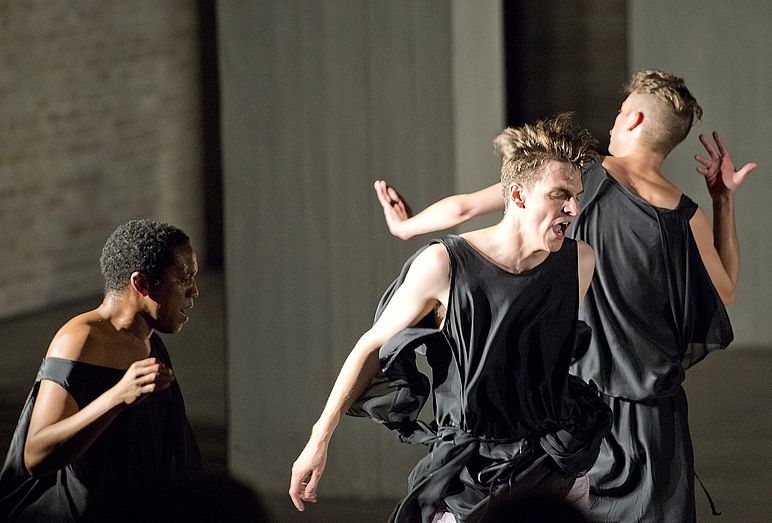 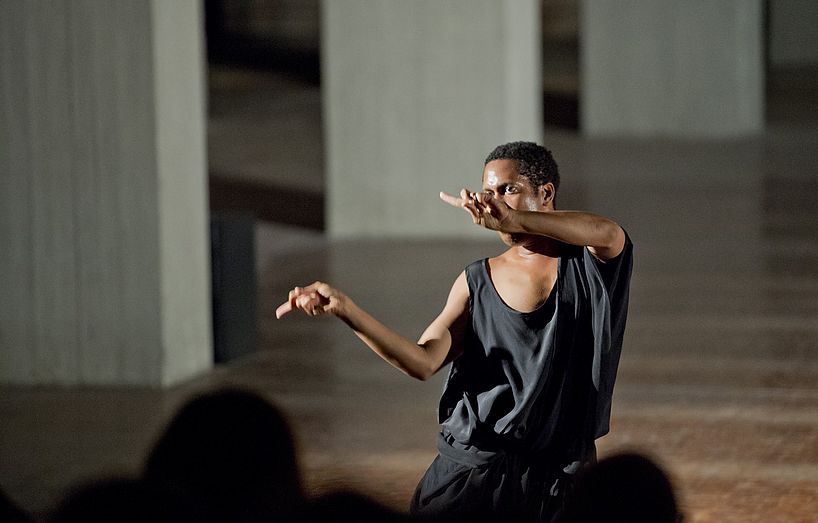 "What would have happened if someone from Judson Dance Theater had gone uptown to perform in the voguing ballroom scene?" This question triggers Trajal Harrell’s performance "Made-to-Measure". Combining two contrasting styles, Harrell engages the formalism and minimalism of postmodernism with the flamboyancy of voguing.

"Dressed in filmy black, togalike shifts designed by Complexgeometries, Mr. Harrell, Thibault Lac and Ondrej Vidlar occupy three seats in the church sanctuary. They sit upright at first, barely moving, repeating snippets of song lyrics — "Don’t stop the dancing" — and other phrases over a recorded soundscore like high priests (or priestesses) involved in a deadly serious ritual. There is something both severe and innocent about it all; you can almost imagine a trio of Judsonite performers as artsy wallflowers, holding the line for their avant-garde principles ... as ravishingly costumed voguers swirl around them. But, of course, the Judson folks liked to party, too. And one of Mr. Harrell’s propositions is that Judson and voguing shared many of the same values, as fellow politically minded experimentalists pushing identity and the performance of identity into new territory. And both groups delighted in the possibilities of movement — the many everyday, marvelous things that the body can do." (The New York Times,  Claudia La Rocco)

The commission for Judson Church is Ringing in Harlem (Made-to-Measure)/Twenty Looks or Paris is Burning at The Judson Church (M2M) is made possible by MoMA’s Wallis Annenberg Fund for Innovation in Contemporary Art through the Annenberg Foundation and by Danspace Project's 2012-2013 Commissioning Initiative, which receives major support from The Andrew W. Mellon Foundation.
In cooperation with ST. AGNES