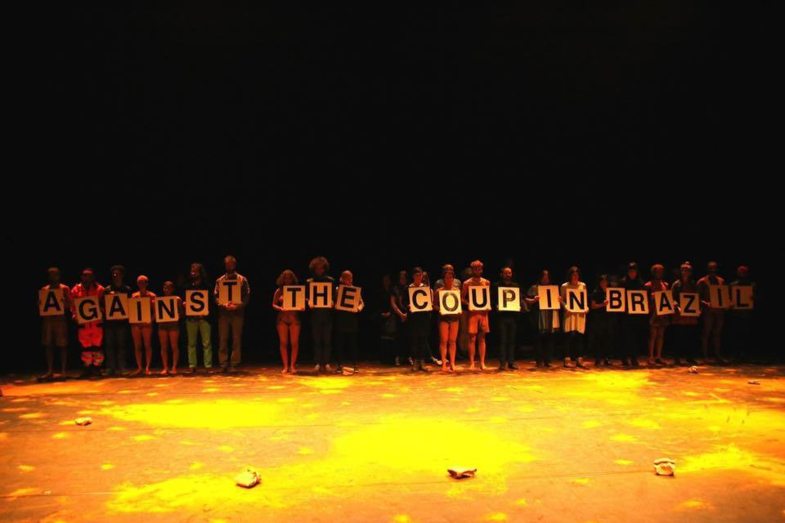 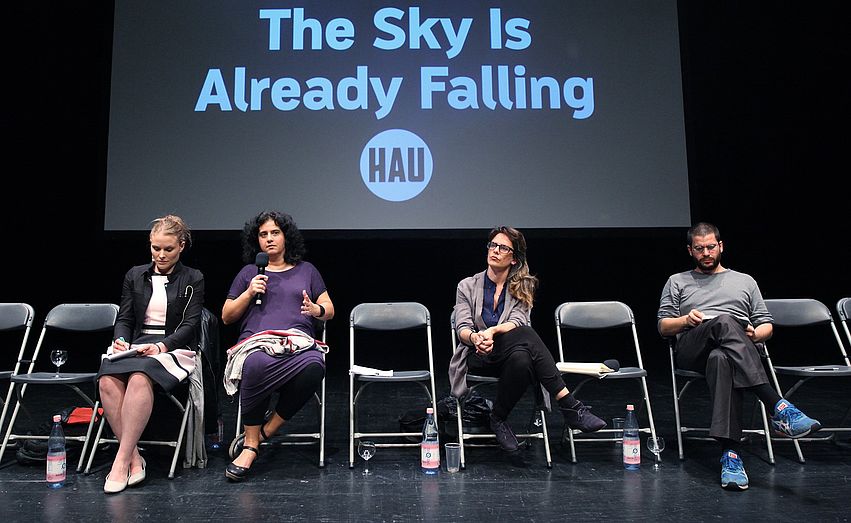 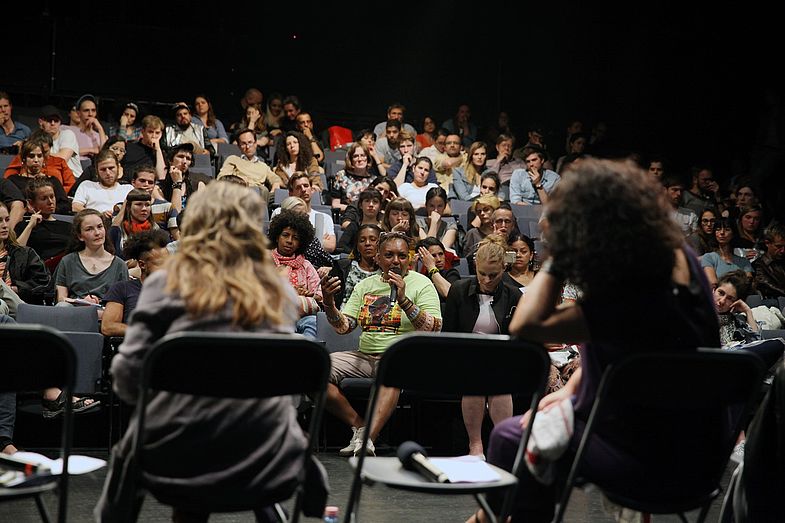 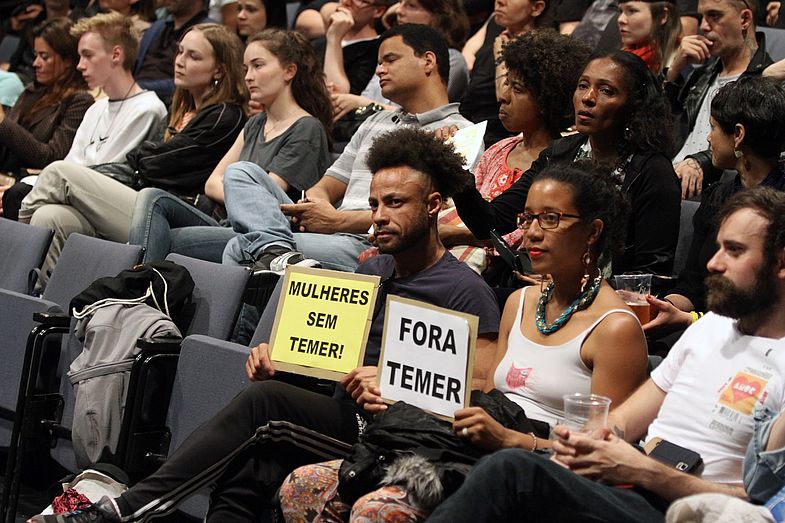 Photo: Lia Rodrigues & Ensemble at the premiere of “For the Sky Not to Fall” in Hellerau

In recent months political debates in Brazil have become increasingly heated. Many Brazilians see the impeachment process against President Dilma Rousseff as an attempted coup from the right. The transitional president Michel Temer, in one of the first steps taken by the new government, attempted to abolish the Ministry of Culture – following a wave of international protest by artists, this proposal was withdrawn.

Due to the current developments in Brazil, HAU Hebbel am Ufer is opening its stage for a public exchange. After impulse lectures by Max Jorge Hinderer Cruz and Tatiana Roque HAU2 will become an open plenum at which all those interested can speak out about the current political situation in Brazil and can engage in exchange with each other. The event will be moderated by Margarita Tsomou.

The discussion is part of a variety of actions and interventions by artists and other participants that will take place as part of the festival “Projeto Brasil / The Sky Is Already Falling”.