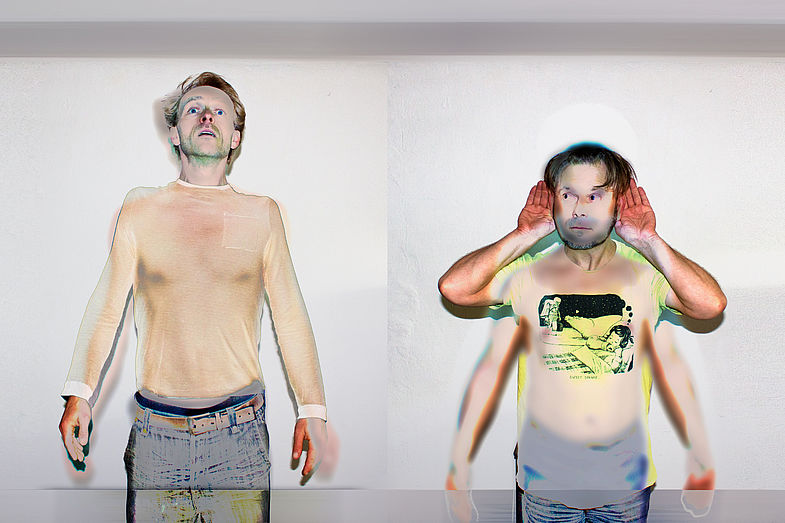 Air Cushion Finish was founded in 2007 by composer jayrope as a solo project and has been a duo of jayrope and the musician Lippstueck since 2008. The two improvise a kind of ambient musical in-between space, which they call “Movies for the blind,” or “homeopathic, diluted a billion times” punk. Air Cushion Finish are permanent experiment, since so far 121 concerts in 13 countries, 11 albums and tours in the support of GYBE!, Carla Bozoulich et al.
Niklas Kraft is a music, producer, and so-called sound artist. He has worked within the left field music community in Berlin, Leipzig, and Hamburg for many years. He is a founding member of the avant-garde Krautrock project ITOE that has already released two studio albums and performed numerous concerts throughout Germany and abroad. He is an inherent part of numerous collaborations and bands (see: snakesoda, holz, suedhang ADR, pandt, JEN accidental). Under the alias of his solo alter egos such as 26-66, nkls. Alongside his work in the field of music for theatre, he is also interested in the production and creation of experimental audio plays, sound installations, and films. He founded the niche electronic record label fluessig in 2019. Niklas has lived and worked in Berlin since 2016.