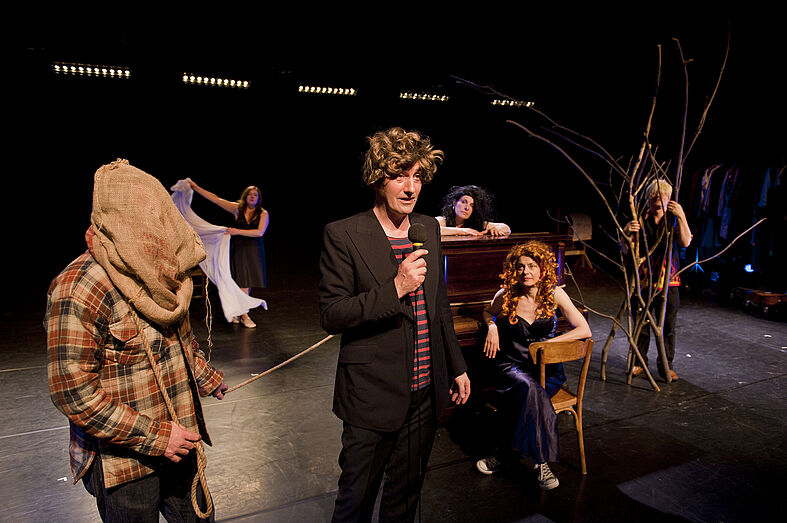 Since forming the company in 1984, the six core members of the group have sustained a unique artistic partnership for quarter of a century, confirming time and again their position as trailblazers in contemporary theatre. The company's substantial canon of work reflects an interest in the mechanics of performance, the role of the audience and the machinations of contemporary urban life. The work – framed and focused by Artistic Director Tim Etchells - is distinctive and provocative, delighting in disrupting the conventions of theatre and the expectations of audiences. Forced Entertainment's trademark collaborative process – devising work as a group through improvisation, experimentation and debate – has made them pioneers of British avant-garde theatre and earned them an unparalleled international reputation. They have a long and fruitful history with HAU Hebbel am Ufer. In 2014 HAU dedicated a part of the programme to their 30 year anniversary, showing plays such as “The Notebook”, “Speak Bitterness” and “A Broadcast/Looping Pieces”. In 2016 Forced Entertainment presents “Real Magic” at HAU Hebbel am Ufer. This production has been invited to 54. Theatertreffen Berlin. Furthermore in 2017 “Dirty Work (The Late Shift)” was shown at HAU.